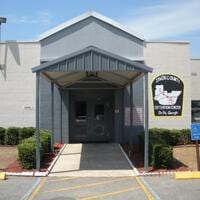 The recent allegations of forced hysterectomies in ICE detention centers is the most recent entry in the United States’ long history of racist, coercive reproductive abuse. Overwhelmingly, the victims of these atrocities have been poor women and women of color.

The eugenic ideology that removing women’s reproductive capacity will solve society’s problems is a failed social experiment that should have ended decades ago, but persists to the present day. In a society where women have historically not been afforded agency over their bodies, the resultant oppression, abuse and denial of bodily autonomy demoralizes women and their communities and further divides our country.

The women detained by ICE, who may speak little or no English, are more vulnerable because they do not speak the dominant language and may not have had a translator present. They cannot give consent under those conditions. Performing ANY surgery on a person without an interpreter throughout the entire process where English is not their first language, is unethical.

For this reason, we stand with whistleblower Dawn Wooten, who spoke up about the injustice from which she could not look away. We commend Ms. Wooten for her strength in solidarity and acknowledge the help of Project South and the Government Accountability Project in her stepping forward.

It will take all our voices, joined together to end these practices in our time, to ensure future generations are allowed to make their own reproductive choices.

MANA and FAM stand together; we encourage all voices to say, ¡No Mas! No more!

P.O. Box 705, Lorton, VA 22199 The Foundation for the Advancement of Midwifery (FAM) is a 501(c)(3) non-profit organization seeking to improve maternal and child health by funding projects that advance midwifery as the gold standard for North American maternity care through research, public education, advocacy, and health equity initiatives. Copyright © 2017-2021, The Foundation for Advancement of Midwifery, All Rights Reserved.
Website sourced and handcrafted from local materials by