Donate Today to FAM’s Campaign: Giving Voice to Birth Equity in the USA

From June 1 to June 16th an anonymous donor has pledged to match donations dollar-for-dollar up to $5,000.

FAM is determined to give voice to birth equity in the United States. We invite you to join us and take action! Click this link to donate.

This year, the call to increase birth equity and reduce reproductive health disparities in vulnerable communities rings more loudly than ever. The requests that FAM has received for funds to combat health inequity – $80,000- demonstrates that there are dedicated professionals throughout our country ready to answer this call.

Speak up and speak out. Donate today at our Indiegogo Campaign.

P.O. Box 744, Harriman, NY 10926-0744 The Foundation for the Advancement of Midwifery (FAM) is a 501(c)(3) non-profit organization seeking to improve maternal and child health by funding projects that advance midwifery as the gold standard for North American maternity care through research, public education, advocacy, and health equity initiatives.
© Copyright 2017, The Foundation for Advancement of Midwifery, All Rights Reserved. Website sourced and handcrafted from local materials by DIF Design. 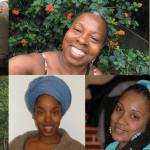 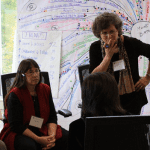